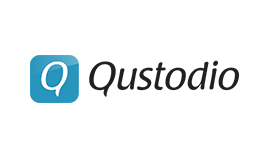 Well, my wife and I finally broke down and got my daughter a smart phone last fall. She was 11 at the time and up until that point I questioned the need for it. Over the previous couple of years, one-by-one, each of her friends got a phone, so the ongoing barrage of “daddy can I get a smartphone” had been happening for some time. She was also entering the first year of junior high and would be participating in after school activities that would put her in a position of having to get in touch with my wife or me if there was an issue or problem.

Because smart phones are more computer than phone, we went over the rules of use like you can’t go to these websites, you’re not allowed to download anything without permission, etc. With the understanding that an 11 year old will not always use good judgement and restraint I told my wife I would look into methods for enabling restrictions and controls on the phone.

Well over the next few months, there were no major issues and I kept procrastinating about setting up the restrictions. Then some alerts came through one day on my phone for some charges my daughter incurred purchasing “coins” for a game she was playing. That along with a couple of other infractions, like texting friends at 1 in the morning on a school night, and it was time to get on the ball and get this device locked down. I mean I work for a tech company and this could be embarrassing if it gets out that I can’t control my daughter’s use of a smart phone. Oops too late for that, but I’ll take the hit if this article will help someone avoid these problems.

The first thing I did was to look through the settings on the phone and go to Verizon’s website, but didn’t see much in the way of help there. So I turned to the techs here at TechSolutions. Not much information here with locking down kids phones because the techs either don’t have kids or have not locked down their kids’ phones. Then it was on to the internet and after some brief research I came up with the solution, Qustodio.

Qustodio is parental control software, and my research determined that the product was well-rated, easy to use and had the features I was looking for. They had a free trial offer to try the paid Premium version of the service, so off to the races I went creating an account on my laptop and installing the app on my daughter’s phone and tablet. Once the installation was complete I logged into the software from my laptop and proceeded to explore the site and implement the controls for my daughter’s devices.

The site is fairly intuitive and easy to use so I’ll just give you some of the highlights. There are 4 tabs that provide details, in various ways, on internet activity. You’re able to track what websites have been visited, what apps have been used and the amount of time spent on each. Questionable activity is separately identified and you can also get an alert when questionable activity is attempted. The Web activity tab displays screen shots of the websites visited so you can see the actual site they were on instead of just the address. The Activity Timeline tab displays device activity in a handy timeline format. That tab also provides information on who my daughter calls and texts and also tracks her devices locations as frequently as every 5 minutes. Warning, if you check a devices location every 5 minutes you’ll get a timeline a mile long.

Now for the real good, empowering stuff. There is a Rules tab. That is where you set up website category restrictions, block calls, block texts, allow or block individual phone numbers and one of my favorites, time usage limits. Time usage limits is by device and allows you to shut the device down and turn it on at set times of the day for each day of the week. You also can set weekday and weekend time limits. The time usage limits have settings for how a device shuts down, so for example I have it set that when Qustodio shuts her phone down she loses the use of the internet, but can still make a phone call.

That’s the main aspects of the service. My plan was to switch to the free version of the service once the trial period for the premium version expired. Late one night, however, I discovered my daughter using her tablet in the dark well beyond the time Qustodio should have locked down the device. What I discovered was that when the trial expired, and I declined to pony up for the premium version, Qustodio froze my account because I had two devices enabled. With the free version you are only allowed to control one device, since I had two, they froze the account and all the device restrictions had suddenly been lifted giving my daughter full use once again. Setting aside my annoyance over this stunt that Qustodio pulled, I went ahead and signed up for the premium version for a little more than $30 per year.

Qustodio doesn’t completely replace parental over site, however it goes a long way in providing you control and piece-of-mind. Plus now that my daughter has entered that “parents aren’t cool phase” I have found her more willing to do an activity with me when she loses use of her devices.