Windows 10 – Should I take the plunge? 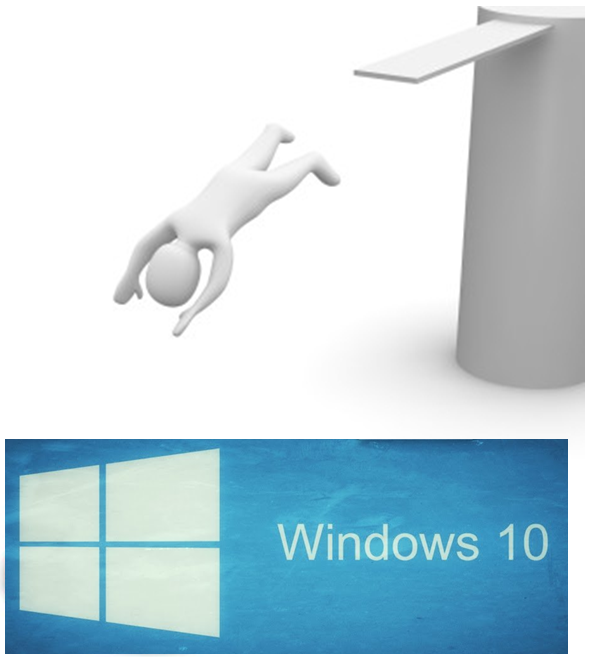 It’s funny how introducing change into people’s worlds seems to cause so much anxiety. Enter Windows 8 – a relatively large operating system upgrade for PC users that came complete with a User Interface (UI) that left people struggling to even figure out how to shut down their computers. The hype, the uproar, the anger that surrounded the disaster that was Windows 8 quickly subsided to a dull drone once Microsoft released the free upgrade called Windows 8.1.

But, amid all of the action on the Windows 8/8.1 front, the vast majority of users, especially business users, stayed put with the tried and true Windows 7. Windows 7 brought the stability of the Windows XP platform while incorporating many new UI and functionality features. Businesses across the globe latched onto Windows 7 in a big way once the retirement of Windows XP was announced. Most businesses are still there, hanging onto Windows 7 for as long as they can.

Fast forward to July 29, 2015. Microsoft has basically taken a flop of an operating system (Windows 8/8.1), fixed the parts of it that everyone hated so much, made a few more improvements/changes (depending on how you view it), and released Windows 8.2 – errr sorry, Windows 10.

Microsoft’s marketing engine has not only created a new moniker for the updated OS, but somehow convinced the top decision makers in the company to give it away for free as an upgrade to Windows 7 or Windows 8/8.1. If you own a home computer running either 7, 8 or 8.1, you should have seen the Windows 10 Upgrade Notification icon in the system tray by your clock. That icon did not install itself on most business computers (thank goodness). Any person who completely follows the instructions as supplied by the Upgrade Notification program will end up with a computer running Windows 10. So far, on a personal level, I have upgraded two Win 8.1 computers, and one Win 7 computer and the end result is three functional Windows 10 computers…so the upgrade process seems to work from my perspective.

Should you upgrade your computer to Windows 10? First and foremost, let your IT people make that decision for your work computer. The last thing you need is to covertly upgrade your work computer and then have problems running your main line-of-business software package or suddenly be unable to print to the copier. Business environments should require serious testing before a new operating system is used.

For your home computer, you should really consider that upgrades can cause problems, especially if performed incorrectly. This particular upgrade process seems to work well from my own experience, but if things go wrong, you could be looking at some serious time/money to get everything resolved. That being said, it really boils down to a personal decision (refer to the very first sentence in this article). If you are happy with your Windows 7 machine and see no reason to upgrade, then don’t. If you are a little adventurous or are dying to see what all of the hype is about, then do.

In my opinion, it is a worthwhile upgrade just because of the inevitability of the whole thing. Put in a slightly different context, several months from now we will not be able to purchase Windows 7 or Windows 8.1 computers. Windows 10 will soon be the only choice for new computers, whether it be in the business world or the consumer world. Unless you want to live in the past and reject the inevitable change that is occurring, you might as well get a taste for Windows 10 by upgrading your home computer. You should set aside a minimum of 2 hours to complete the process, but I have been pleased with the results thus far. Microsoft has made the process as easy as they can which has enabled my 10 year old son to upgrade his computer with no help from me.

Of course we are here to provide assistance if something were to go wrong. If you want to chat about pros and cons, or if you simply want us to perform the process on your behalf, feel free to give a call and we can help.