Should you upgrade to iOS 9? Read this first 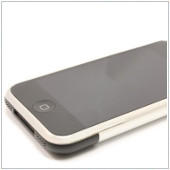 Apple’s iOS 9 has been available for download for nearly two months now. If you have yet to upgrade, you may wonder whether or not you should. Not everyone has been happy with the new OS, and Apple is still working out the kinks. So if you’re on the fence as to whether or not you should update, here’s what you need to know about iOS 9 and four of its most handy features.

If you waste countless minutes everyday visiting different websites searching for your news, now you no longer have to. Pre-installed in iOS 9 is a new app called News. This app collects articles from a variety of news organizations and sources, and puts them in one place for your viewing convenience. Once you start using this app it will learn what type of stories you are interested in, and then gather articles to suit your unique tastes.

The Notes app has gotten a major overhaul in iOS 9 and has some nifty new features. First off, you can now add checklists and bullets to your notes. So if you’re about do some shopping at the supermarket, forget about the traditional paper written grocery list. Instead, you can create your list in the Notes app and check off each item as you put it in your cart. Additionally, you can now insert maps or photos into a note, and even sketch a drawing with the tip of your finger.

While a long battery life is not something smartphones are known for, the iPhone is making steps to improve it with iOS 9. The core technologies and built-in apps of the new OS now consume less power, which means you may be able to squeeze out an extra hour of battery life after updating.

Furthermore, iOS 9 now comes with Low Power Mode, which helps to conserve battery life. So if you’re nowhere near an outlet, and are praying you have enough power to last for the next few hours, Lower Power Mode is your savior. To turn it on, go to Settings and Battery.

And if these new battery improvements for iOS 9 aren’t already outstanding enough, now you can also find out which apps are sucking the most juice out of your battery. In Settings > Battery, click on Battery Percentage to see a list of apps you’ve used in the past 48 hours and the percentage of your battery life they have consumed. This will help you quickly identify the apps that are draining your power, so you can close them to prevent further battery loss.

Switching between apps is easier than ever

From time to time, every iPhone user needs to toggle between apps. Whether you’re switching between Mail and Safari, or Notes and iBooks, doing this can feel like an unnecessary annoyance as you are forced to return to your Home screen before switching. With iOS 9, not anymore. In a progression from the app switchers seen in previous iterations of iOS, now if you’re in Safari and want to return to your email, a little black button in the top left hand corner gives you the option. In this case, it will read Back to Mail. Just tap on it and you can return to your mail without first having to return to the home screen. This feature works for any two apps you’re toggling between.

So should you update to iOS 9?

Upgrading to iOS 9 is a big deal, as it is for any OS update to your iPhone. The reason? Once you do it, it’s nearly impossible to go back. While the four features mentioned above may sound appealing, here are some things to consider when deciding whether or not to update to iOS 9.

Owners of older versions of the iPhone, such as 4S, 5, and 5S, may be wary about reports that updating to iOS 9 has caused noticeable slowdown on these versions. For example, it can cause delays in launching and switching between apps, slow down camera performance, and lead to your phone taking longer to turn on.

However, it should be noted that if you choose to put off updating, you may leave your phone at risk to security vulnerabilities. What’s more, you may not be able to update to the latest version of apps as they will, at one point or another, no longer work with an older OS.

Whether you choose to update to iOS 9 or stick with your current version, our experts are happy to fill you in as to which is the best decision for you. Contact us today to learn more about iOS 9 or get support for any of your iPhone needs.

Published with permission from TechAdvisory.org. Source.
Facebook
Twitter
LinkedIn
PrevPreviousCommunication before the storm is key
NextTechSolutions Bits and BytesNext

Optimized IT solutions supercharge your productivity and growth, and our services make it easy to take full advantage